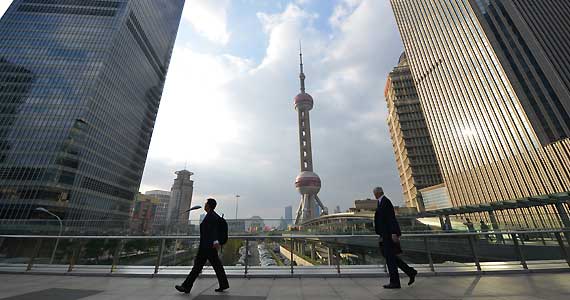 China’s economic growth slipped to 6.7 percent in the second quarter, but stayed on par with expectations despite trade tensions with the world’s largest economy.

Gross domestic product is rising stably, Ning Jizhe, director general of the National Bureau of Statistics, said during a press briefing for the cabinet’s Information Office today. But changes out of China’s hands will increase uncertainty and could cause unbalance in the second half, he added.

“After years of adjustment, the economic landscape has undergone profound changes as internal demand has emerged as the primary economic driving force,” state-owned news agency Xinhua quoted Ning as saying. “The economy is resilient with huge potential and stamina, and will continue to operate in the reasonable range,” he added, citing China’s vast market, ongoing reform and growing new growth impetus.

Tensions between China and the United States have been rising since the beginning of this year, when US President Donald Trump slapped a 30 percent tariff on all imported solar panels, a sector led globally by China. The dispute continued to crescendo and the US imposed tariffs on USD34 billion worth of Chinese goods on July 6, a move quickly mirrored by the Asian nation.

The value added by certain major industries grew 6.7 percent annually in the first half, 0.1 point slower than the first quarter, the data showed. The figure slid to 6 percent in June.

China has been continuously optimizing its industrial structure, Liu Zhe, deputy director of the Wanb Institute, told Yicai Global. The service industry adapted to increased consumer spending and has enjoyed rapid growth, being a primary driver in overall expansion, he added.

Retail sales in the first six months also rose 9.4 percent on the year to top CNY18 trillion (USD2.7 trillion), 0.4 point slower than first quarter growth. Liu attributes the decline to a high base figure, automotive tariffs and holidays, as well as policies on environmental protection and capacity reduction which have begun to affect purchasing by urban and rural residents.

Zhongyuan Bank’s Chief Economist Wang Jun believes domestic and overseas demand may slow throughout the rest of the year, dragging growth down to around 6.5 percent and in line with official forecasts from early this year.