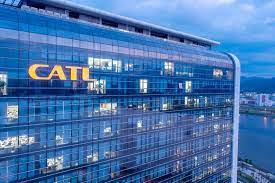 Contemporary Amperex Technology (CATL), a supplier to Tesla and other major electric-vehicle makers, unveiled the world’s first sodium-ion battery on Thursday, to cut reliance on expensive metals such as cobalt and nickel.

The new battery, which uses cheaper raw materials, will offer EV makers an alternative to existing technologies that use cobalt as the main ingredient.Robin Zeng, founder and chairman of Ningde, Fujian-based CATL, said the new technology had several advantages over lithium-ion phosphate (LFP) batteries despite having lower energy density.

“Our first-generation sodium-ion batteries have outstanding advantages in low-temperature performance and charging speed,” he told a virtual briefing.

CATL wants to deploy the sodium-ion battery on an industrial scale and planned to form a basic industrial chain in 2023, Zeng Yuqun said.

“We invite relevant research institutions, upstream suppliers and downstream customers to jointly accelerate the promotion and the development of sodium-ion batteries.”

EV makers usually use NCA or NCM batteries because of their higher energy density. A higher-energy density plays a crucial role in determining an EV’s driving range on a single charge.

CATL, which has 5,000 engineers, has been striving to develop batteries that do not contain cobalt and nickel to lower production costs.

Cobalt and nickel-free LFP battery is cheaper than NCA and NCM batteries, in excess of 10 per cent, according to industry analysts.

“Battery development will be as important as developing new EV models,” said Eric Han, a senior manager with Shanghai-based business advisory firm Suolei. “Lower battery costs will eventually reinforce penetration of EVs as they prove to be attractive to motorists in terms of pricing.”

Batteries will be the short-term focus as costs need to continue to come down while supply looks increasingly tight, UBS said in a research report in March.

As battery costs fall, EV makers will be able to achieve margin parity between traditional and electric-powered vehicles by 2025, the Swiss bank added.

The standard range version, starting at 276,000 yuan (US$42,731), which is 20 per cent cheaper than the long range model, has pulled in massive orders, with buyers having to wait until September for deliveries.