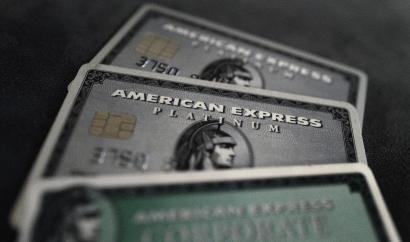 American Express just became the first US credit card company to get the green light to start building its own payments network in China as Beijing seeks to show progress in opening its markets.

The company said on Friday that the People’s Bank of China has given it preliminary approval to handle payments in the Chinese currency yuan, so that it can now start setting up the payments network through a joint venture with LianLian Group, its Chinese partner.

After building the network, the venture will need a separate approval for a business operating license. Chinese regulators give AmEx up to 15 months to build the clearing network, said AmEx spokesman Fritz Quinn. He said the company would work with that timeline.

That will give the AmEx network the opportunity to join a market with nearly 7 billion bank cards in circulation, in which the state-owned China Union Pay Co. accounting for more than 90 per cent of the market.

Mastercard Inc.’sapplication for a similar joint-venture is pending, as is Visa Inc.’s to form a wholly owned entity in China.

In China, AmEx, Mastercard and Visa can only issue co-branded cards, typically in partnership with UnionPay. The cards use UnionPay’s network for yuan payments in China, and the US companies’ networks for payments abroad in dollars or other foreign currencies.

All three US companies are likely to struggle to make inroads to China, where UnionPay has solidified its hold on the bank card industry and tech companies Ant Financial and Tencent dominate the mobile payments market.

AmEx has worked with its Chinese partner, Lianlian, as far back as 2012, providing technology to power Lianlian’s digital wallets, which Chinese consumers can use to top up mobile phone minutes and pay bills with. Mr. Quinn, the AmEx spokesman, said the firm will have control over the business of the joint venture as stated in its agreement with Lianlian.

The approval came at a time when Beijing and Washington are looking to the meeting between presidents Xi Jinping and Donald Trump at the end of the month to ease trade frictions that has battered global businesses and investors as well as damaged the bilateral relationship.

Approval of the AmEx deal was timed to get out ahead of that summit, a Beijing official said. He called it a “goodwill gesture.” In its announcement, the People’s Bank of China said the permission represents “an important step” toward liberalizing China’s clearing industry.

Overseas financing costs for Chinese firms exceedi... Overseas financing costs for Chinese companies continue to rise and are exceeding the cost in China's onshore market, after shifting monetary policy b...
China will continue to cut banks’ reserve re... Chinese Premier Li Keqiang said the government will study taking more measures to lower borrowing costs for smaller businesses, including broad-based...
PBOC is quietly supporting yuan with three-step st... The People's Bank of China said on Tuesday that it will issue yuan-denominated bills in Hong Kong recently, only days after it sold 20 billion yuan bi...
China’s financial regulators call for global... Chinese financial regulators called for stepped up global policy coordination to manage the economic impact of the coronavirus outbreak, and said Bei...
PBOC issued 10 billion yuan bills in Hong Kong to ... The People's Bank of China made its latest move to shore up the yuan exchange rate by issuing 10 billion yuan of six-month bills in Hong Kon...

Comments are closed, but <a href="https://www.yuantalks.com/china-approved-american-express-to-clear-card-payment/trackback/" title="Trackback URL for this post">trackbacks</a> and pingbacks are open.