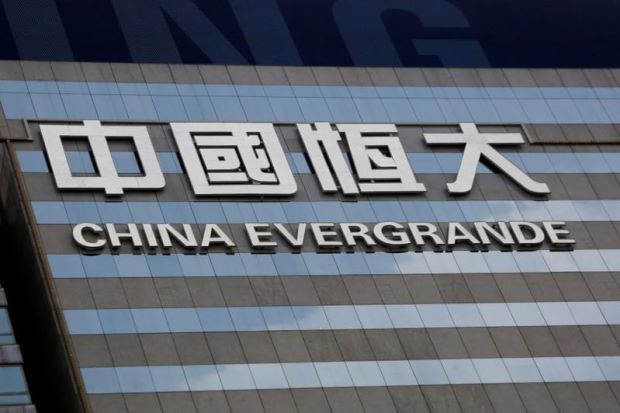 China Evergrande hit by a $2.71 billion stock sell-off after bank froze some assets

China Evergrande has threatened to take legal action against a local bank after the lender froze some of its deposits onshore to recover a loan, highlighting another episode of market jitters and controversy surrounding the builder’s creditworthiness.

The Shenzhen-based developer, the nation’s most-indebted by some yardsticks, is planning to sue China Guangfa Bank for abuse of law, saying its project loan from the bank’s Yixing branch in the southwestern Chinese province of Jiangsu was not due until March 27, 2022.

“Evergrande will take legal action as Guangfa Bank’s Yixing branch has abused the pre-litigation preservation act,” it said in a terse statement on Monday, after the news pummelled its stock. The developer’s spokesperson declined to elaborate when reached by phone.

Evergrande crashed 16 per cent on Monday to HK$8.21, the most in nine months, sending the stock to the lowest level since May 2017. The sell-off wiped out HK$21.1 billion ($2.71 billion) of market capitalisation, bringing the value destruction over the past 12 months to $23.5 billion. Its dollar-denominated bonds also slumped.

“The bank’s move is very rare as banks usually would not have a falling out with major clients like Evergrande,” said Dai Ming, a fund manager at Huichen Asset Management. “Chinese developers rely heavily on banks for funding and when the credit line is questioned, it would be very difficult to raise money in other ways.”

Meanwhile, the housing authority of Shaoyang in southern Hunan province has asked the developer to halt pre-sales of homes at two of its projects in the city.

The developer is accused of breaching some regulations pertaining to off-book sales collection, according to a statement posted on the authority’s website.

China Guangfa Bank obtained an order from a court in Jiangsu province on July 13 to freeze 132 million yuan (US$20 million) of deposits held by Hengda, a unit of Evergrande, saying its interest would be compromised without an urgent solution. Hengda had about US$32 billion of commercial bills outstanding in December, the most of any major peers, according to Bloomberg.

The market reaction underlined the jitters among bank lenders, who had 716 billion yuan of loans at stake at the end of December 2020, according to the firm’s latest financial statements. Chairman and founder Hui Ka-yan has also relied on global money managers and local billionaires to fund its business by offering high yields on some US$14 billion of foreign-currency bonds.

Despite its struggles with market perception, Evergrande has lived up to its financial obligations, repaying each maturing bond on time and keeping offshore bondholders happy.

The most recent payment was a US$1.75 billion redemption in principal and interest on a bond due on June 28 using its own funds, according to an exchange filing. In January, it also prepaid HK$18.4 billion of convertible bonds that were not due until 2023, using its own funds to demonstrate its cash strength and sound financial management.

“The bonds are now trading at very low levels and what Evergrande should do is buy them back earlier to rebuild market confidence,” said Dai at Huichen Asset Management. “Not doing so could suggest the company is really tight with its liquidity.”