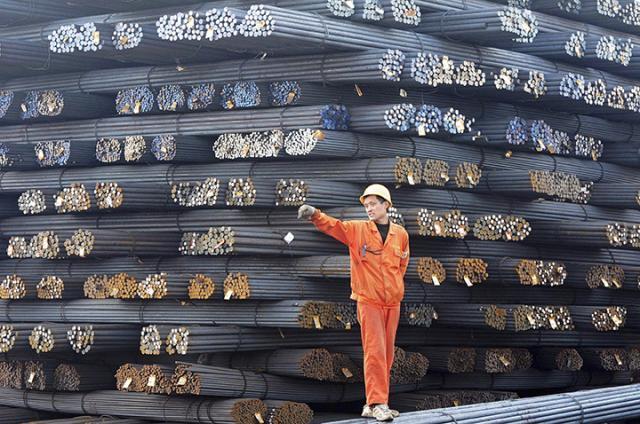 China will exempt temporary import tariffs for some steel while removing export tax rebates for most of its steel products, as the country seeks supplies of materials to feed its domestic demand amid carbon reduction efforts.

Temporary import tariffs for products including pig iron, crude steel, recycled steel raw materials and ferrochrome, will be waived from May 1, the Ministry of Finance said in a statement on Wednesday.

Export tax rebates for 146 steel products will be removed, also effective May 1, the ministry said in a separate statement.

The rebate of 13 per cent of the VAT charged on exports of hot rolled coil, wire rod and rebar will no longer apply from May, It said. Cold rolled steel sheet, hot-dip galvanized sheet and narrow strip were also on the list of products that have had the rebate removed.

“The measures will reduce the cost of importing, expand the import of iron and steel resources and lend downward pressure on domestic crude steel output, guiding the steel industry towards the reduction of overall energy consumption, promoting the transformation and high-quality development of the steel industry,” the ministry said.

The move to discourage steel exports and loosen policies for imports of steelmaking raw materials comes at a time when China’s crude steel output reached the second-highest level in history in April, despite production cuts mandated in the steel hubs of Tangshan and Handan in Hebei province, and as prices of seaborne iron ore reached a record high.

China’s average daily crude steel output over the period of April 11-20 totaled 3.045 million tonnes per day, an increase of about 4 per cent from early April and 17 per cent higher year on year, according to estimates by China Iron & Steel Association. Spot prices of seaborne 62% Fe iron ore fines reached $193.85/dmt CFR China on April 27, according to the benchmark IODEX published by S&P Global Platts.

China churned out 1.065 billion tonnes of crude steel in 2020. The country exported 53.67 million tonnes of steel products last year and brought in 20.23 million tonnes of the metals. It had pledged to cut its steel production this year to reduce carbon emissions as the ferrous sector, which accounts for 15 per cent of the country’s total emission, is one of the main battlefields for the carbon neutrality goal.

“The adjustments on tax rebates are beyond market expectation,” said Wang Yingwu, analyst with Huatai Futures. “The market had expected the measures would be towards hot-rolled steel products, but cold-rolled steel are now involved as well.”

About 33.35 million tonnes of steel exports could be affected from exemption of tax rebates, estimated Tang Chuanlin, analyst with CITIC Securities. “This is a preparation to fill supply shortages at home on overall steel production cuts.”

Meanwhile, the country will also raise temporary export tariffs for high-purity pig iron and ferrochrome to 15 per cent and 20 per cent, respectively, according to a statement on the ministry’s website. Export tariffs for ferrosilicon will be hiked to 25 per cent, it said.

The changes will guide the ferrous sector to reduce total energy consumption and encourage a transformation and upgrade of the sector, the ministry said.