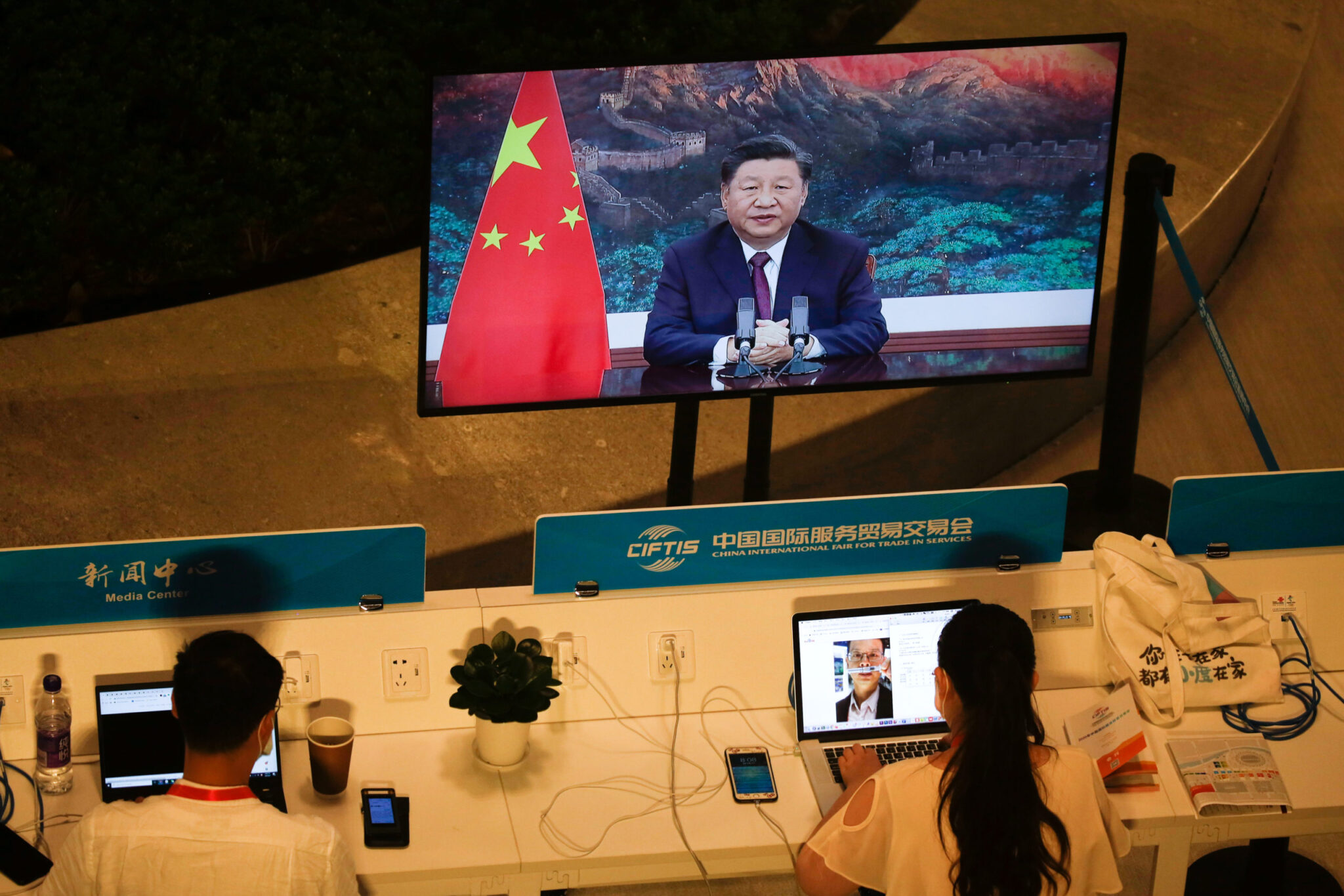 Chinese President Xi Jinping said on Friday that China will continue to open up its services market to foreign companies and called upon other countries to help forge an “open and inclusive” environment to help recovery of the world economy.

Xi made the remarks at the opening ceremony of the China International Fair for Trade in Services, the first big trade fair since the coronavirus pandemic struck.

“It is against such a backdrop that China decided to hold this important international trade event despite many difficulties in preparation,” Xi said. “It shows China’s willingness to join hands with all of you in this trying time, and work together to enable global trade in services to thrive, and the world economy to recover at an early date.”

He proposed to foster an open and inclusive environment for cooperation, unleash the power of innovation in driving cooperation forward, and work together to promote mutually beneficial cooperation, to promote global trade and the quick rebound of the global economy.

Telemedicine, online education, sharing platforms, collaborative offices and cross-border e-commerce have all played important roles in stabilising the economies of various countries and promoting international antivirus cooperation during the pandemic, he said.

“Looking to the future, open cooperation in the service industry is becoming an increasingly important force for development,” he said.

He also called on all countries to work together to eliminate the “digital divide” between rich and poor countries and promote the digitalisation of the service trade.

It is not the first time that Xi has delivered a strong message on free trade and defended globalisation. In a speech to the World Economic Forum in Davos, Switzerland three years ago, Xi positioned himself as a strong advocate for globalisation, rejecting US President Donald Trump’s “America First” policy without directly referring to it.

Xi had attended China’s import expo in Shanghai for two consecutive years in 2018 and 2019, pledging to the world business community that China’s market would be opened wider despite its trade frictions with the United States.

China has been gradually opening up various domestic markets to investment from foreign firms. Xi’s comments come on top of the increased access for foreign firms to the financial services market that was part of the phase one trade agreement signed with the US in January.

Even as relations with the US deteriorate and some foreign governments are starting to push their firms to take investments out of China, the Chinese government is still looking to encourage even more foreign direct investment. The new strategy of ‘dual circulation’ calls for increasing foreign investment, while focusing on expanding the domestic market.

China’s November economic data to improve, C... China's economic data for November is expected to pick up, with improvement seen in industrial production, retail sales, investment and foreign trade...
China’s exports keep rising amid trade tensi... China's foreign trade increased 7.9 per cent year-on-year to 14.12 trillion yuan ($2.12 trillion) in the first half of 2018, despite escalating trade ...
China’s factory deflation deepens, consumer ... China’s factory gate prices declined at the fastest pace in more than three years in September, adding to pressure on Beijing to introduce more stimu...
Small factories’ activity expanded at fastes... Activity in China's small and private factories unexpectedly expanded at the fastest pace in almost three years in November, boosted by strong output...
China’s economic data collapsed amid coronav... China’s industrial output posted the sharpest drop in 30 years in the first two months of the year as the economy was hit hard by the coronavirus and...