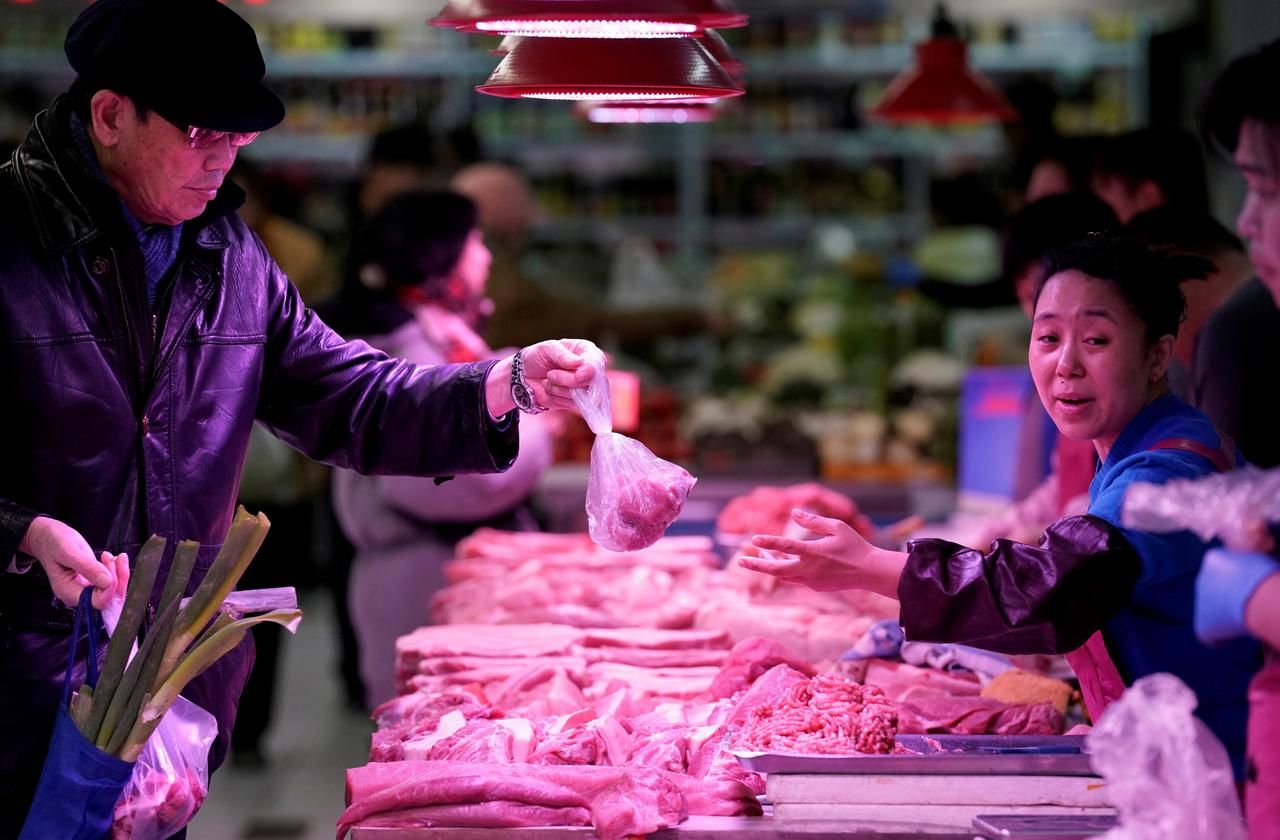 The country also released 2,400 tonnes of beef and 1,900 tonnes of lamb from state reserves this month, it said.

Pork prices have jumped sharply recently and demand for the meat has fallen, the ministry said.

The ministry said it would continue to monitor supplies and pork prices while coordinating with other government agencies to release meat from state reserves as required to guarantee supply in the market.

With a significant increase in meat imports and as the volume of frozen meat in reserves remains high, supplies are secured, it added.

The move was seen by analysts as a symbolic gesture, however, and unlikely to cool pork prices.

“Our consumption is 12,000 tonnes a day,” said Ma Chuang, partner at Beijing-based consultancy Boyar. “It’s just a signal that the state is paying attention to the problem.”

China celebrates its National Day on Oct. 1 with olidays lasting a whole week.

“During the holidays lots of people go traveling and eat out. The restaurants mainly use frozen meat so there won’t be a big impact,” said Ma, but he added that high prices were a longer-term concern.

Pork prices in the world’s top consumer hit record levels after an outbreak of African swine fever that has reduced the pig herd by around 40 per cent.

China consumed about 54 million tonnes of pork in 2018 but volumes this year are uncertain because of the shortages.

China told local governments to finish bond sales ... China's Ministry of Finance said local governments are required to complete the issuance of this year's special-purpose bonds by the end of October, ...
China’s manufacturing factory activities pic... China's factory activities picked up slightly in August, with the manufacturing purchasing managers' index (PMI) coming in at 51.3, beating expectatio...
China’s service sector grew slowest in five ... China’s services sector expanded at the slowest pace in five months in July despite a sharp rebound of new export orders. The Caixin/Markit service...
China’s largest trade expo postponed, exporters re... The spring session of China’s largest trade expo, the Canton Fair, has been postponed over concerns about coronavirus outbreak. Chinese exporters ...
China announced stronger-than-expected tax cuts China will cut taxes and fees on a larger scale in 2019, by nearly 2 trillion yuan ($298.31 billion), in a move to reinvigorate the economy that is gr...

Comments are closed, but <a href="https://www.yuantalks.com/china-to-release-more-meat-reserves-to-ensure-supplies/trackback/" title="Trackback URL for this post">trackbacks</a> and pingbacks are open.