China's premier Li Keqiang said there has been some better-than-expected changes in the country's economy, after several other voices also point to economic recovery despite the mostly downbeat official data and other business surveys suggesting stimulus measures are only slowly kicking in.

“Since the beginning of this year, China’s economy has been steady and there have been some positive changes,” Li said at the opening ceremony of the annual Boao Forum for Asia in China’s . . . 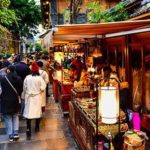