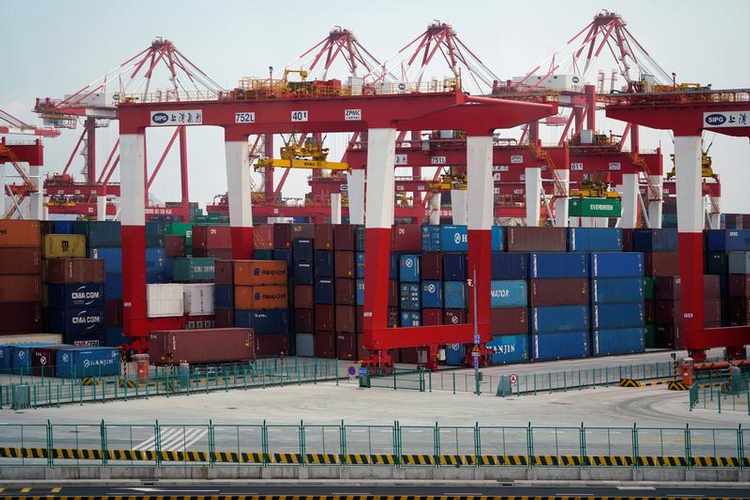 China’s exports in November declined for the fourth straight month, underscoring persistent pressures on manufacturers amid a painful trade war with the United State. However, its imports rebounded which may be a sign that Beijing’s stimulus measures are helping to stoke demand.

The exports in USD terms fell 1.1 per cent last month from a year earlier, customs data showed on Sunday, weakening from a 1 per cent expansion expected by analysts and a 0.9 per cent drop in October.

Imports unexpectedly climbed 0.3 per cent from a year earlier, rising for the first time since April and compared with a 1.8 per cent drop expected by economists.

In yuan’s terms, China’s exports increased 1.3 per cent year-on-year in November, missing the 1.9 per cent gain expected by analysts and compared to a 2.1 per cent rise in October.

Its imports rose 2.5 per cent in yuan terms, picking up from a 0.9 per cent rise in October, significantly higher than a 3.5 per cent drop expected by economists.

China’s trade balance for November stood at $38.73 billion, down from $42.91 billion in October and lower than analysts’ expectations of US$44.3 billion.

Chinese exports to the US fell 12.5 per cent year on year in US dollar terms in the first 11 months, while imports dropped 23.3 per cent. China’s trade surplus with the US for November stood at $24.60 billion, according to calculations based on customs data, easing from the previous month’s surplus of $26.45 billion.

But exports to the EU rose 4.5 per cent in the year through November, while imports rose 0.3 per cent. Exports to ASEAN countries rose 11.5 per cent during the period and imports gained 2.8 per cent.

The better-than-expected import data may point to firming domestic demand after factory activity showed surprising signs of improvement recently, although analysts have noted the recovery could be difficult to sustain amid trade risks.

“The slightly improving imports may be largely due to the moderate pickup in domestic infrastructure investment, and it may last for some time,” said Betty Wang, senior China economist at Australia & New Zealand Banking Group Ltd. in Hong Kong.

“On exports, the market is getting excited about the phase-one deal, but we think that is only the short-term optimism instead of long-term certainty. There is still lack of clear sign of recovery. It is too early to say anything now.”

“There are some signs of stabilization for exporters. And with the possible rollback of tariffs, next year is very likely to stage a recovery for exports,”said Gai Xinzhe, a senior analyst at Sino-Ocean Capital in Beijing.

China relaxes funding rules to boost support for i... China has relaxed funding rules for infrastructure projects and allows local governments to use proceeds from special bonds as capital for major inves...
China’s exports back to growth unexpectedly,... China reported better-than-expected trade data on Thursday despite escalating trade tensions between the world's two largest economies with US pre...
China’s industrial profits back to growth in... Profits earned by Chinese industrial companies returned to growth in May driven by improving sales and better margins, after faltering for over a year...
China aims to increase soybean and oilseeds produc... China's Ministry of Agriculture and Rural Affairs on Thursday said that expanding soybean production is one of the top priorities in 2019. The country...
China’s local government bond sales soared i... China's local government bond sales in June hit the highest so far this year and the regulators significantly accelerated approval of fixed-asset inve...