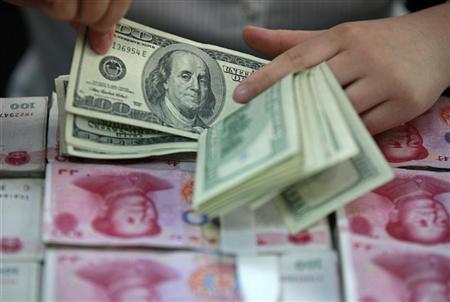 China’s foreign exchange reserves increased slightly more than expected in January as the yuan rallied on hopes for progress in China-US trade talks.

China’s reserves rose by $15.2 billion in January to $3.088 trillion, shows data released by the People’s Bank of China on Monday, compared with a rise of $11 billion in December.

Economists polled had expected an increase of $9.3 billion to $3.082 trillion.

The yuan gained 2.6 per cent against the greenback in January on hopes that China and the United States were moving closer to a deal to end their bruising trade war. The greenback has also been pressured by the Federal Reserve’s shift to a more cautious outlook on further interest rate hikes.

Expectation for reserve requirement cut by PBOC gr... Despite the surprising pickup in China's manufacturing activity pointing to a possible stabilisation of the economy, market expectation for a cut in b...
PBOC’s more optimistic tone on economy lower... Chinese central bank expressed a more optimistic view on the domestic economy and external environment in the statement following the monetary policy ...
PBOC injected 560 billion yuan this week via open ... Chinese central bank has used open-market operations to inject the largest amount of liquidity to the banking system since January so far this week, ...
PBOC decides to pay interest to third-party paymen... The People's Bank of China (PBOC) has decided to pay interest on trillions of customers’ money that payment companies are required to deposit into a...
“China needs a relatively loose monetary con... Yi Gang, governor of the People's Bank of China, delivered a keynote speech on Thursday about China's monetary policies, private companies' financing ...