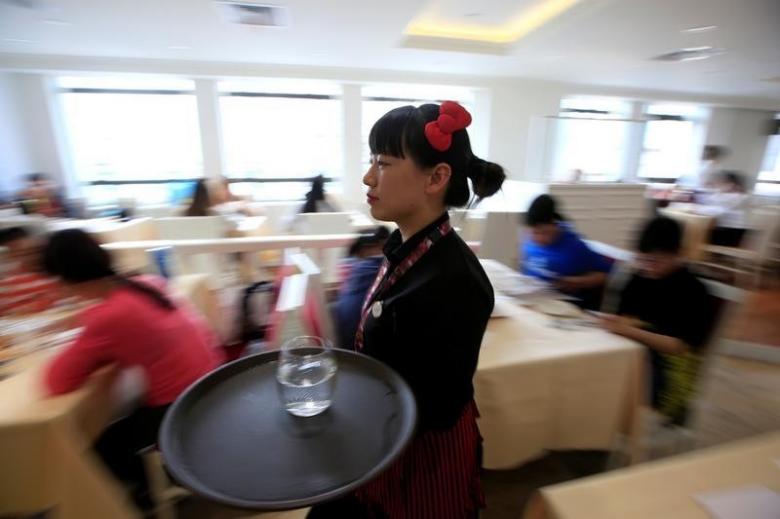 China’s services sector expanded at the slowest pace in four months in February, dragged  by fewer new orders at home and abroad, a private survey showed on Tuesday, underscoring rising pressure on the world second largest economy and a challenging outlook for businesses this year.

The Caixin/Markit services purchasing managers’ index (PMI) fell to 51.1, the lowest since October and down sharply from January’s 53.6. The 50-mark separates growth from contraction.

The readings were largely in line with the official gauge of the non-manufacturing sector released last week, which showed services activity cooled in February after rebounding for two straight months.

China is relying on the services sector’s strong growth to arrest a slowdown in its manufacturing sector hit by rising labor costs and a US-China trade war.

Notably, the reading for new orders expanded at the weakest pace since October, while export new orders also grew at the slowest rate in five months, indicating softer demand both at home and abroad. Job creation in the services sector also slowed down to grow at only a marginal pace.

With the manufacturing sector still in contraction, and new export orders falling last month, business sentiment has taken a hit in sign of heightened concerns about the outlook.

Indeed, confidence for the year ahead among Chinese services providers fell to a three-month low, while operating expenses in February grew faster than the previous month.

Caixin’s composite PMI gauge, which covers both manufacturing and services sectors, also released on Tuesday, slipped to 50.7 in February from 50.9 in January.

“However, with downward pressure on employment, expansion in the services industry slowed notably. Increased infrastructure investment may have prevented a sharper decline in economic growth.”

Chinese policymakers have introduced a raft of measures to boost growth in the world’s second largest economy which is growing at its slowest pace in almost three decades. More policy measures are expected to be rolled out in coming months.

Comments are closed, but <a href="https://www.yuantalks.com/chinas-service-pmi-hit-four-month-low-in-february/trackback/" title="Trackback URL for this post">trackbacks</a> and pingbacks are open.