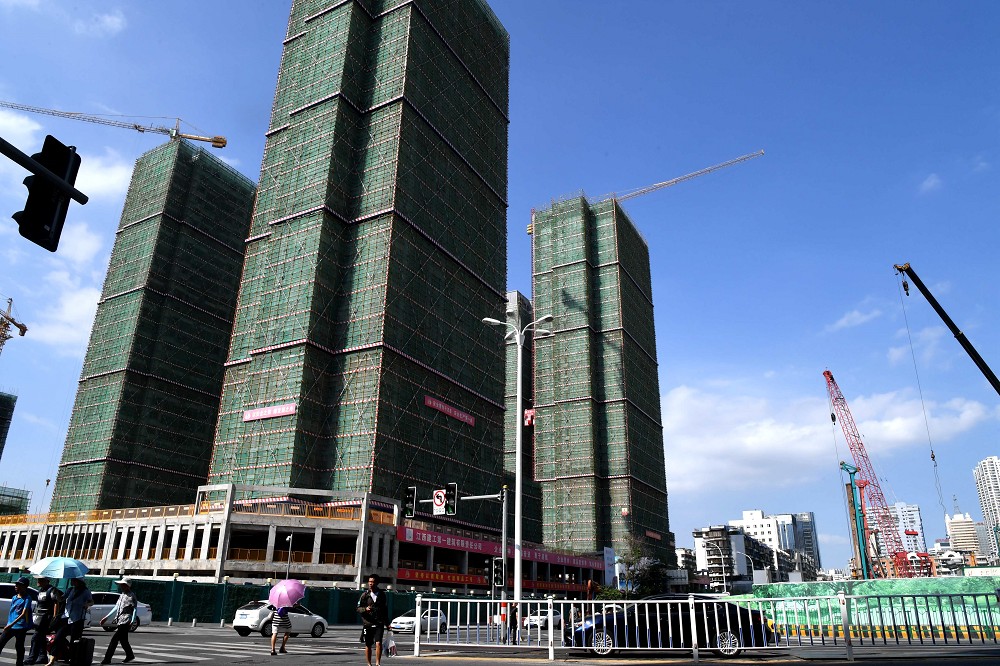 Chinese property developers are driven to sell more US dollar bonds in the offshore market at significantly higher cost, as the regulators are tightening financing rules for developers in a move to prevent the land markets from overheating.

That’s in stark contrast to only two offshore bond offerings by mainland developers in May, said the CRIC.

The surge in offshore bond sales comes after developers’ domestic bond issuance tumbled as the regulators are tightening financing rules for them at home.

Since the start of the years, developers have had a shopping spree in the land markets and they l borrowed handsome amount in the domestic market to capitalize on lower costs. According to the Centaline Property, major developers’ borrowing cost overseas were between 6 – 8 per cent in March, compare with costs of lower than 5 per cent in the onshore market during the same period.

The quickly warming land market has raised regulators’ concerns. On May 17, the China Banking and Insurance Regulatory Commission (CBIRC) banned direct financing to developers with incomplete certificates or real estate projects with capital not fully in place. The regulator also banned indirect financing through equity investments and bond subscriptions to those developers.

In May, the 40 major developers tracked by the Tongce Real Estate Consulting raised only 36.8 billion yuan in the onshore market, 52 per cent down from a month earlier, the lowest one-month amount since 2017.

Policies may tighten further as CBIRC Chairman Guo Shuqing at a financial forum last week warned against speculation in the property sector.

“Since the start of May, developers’ bond issuance has dropped substabtially,” said a bond sales of a securities brokerage in Beijing, adding that he can obviously feel the authorities to slow down bond issuance.

He said, prior to May, regulators’ approval of developers’ bond issuance was quite fast and sharply slower since May. “Developers with bond issuance quota can still issue bonds, but it takes much longer for them to get the quota.

“The climate is tightening restriction on developers’ financing, but so far the NDRC hasn’t further restrict their overseas bond sales,” said a Shanghai-based banker. “It’s still unclear whether the regulator will move in that direction, especially uncertain how much new bond quota they can get.”

Borrowing abroad is doubling the financing costs of some developers.

Offshore financing costs for Chinese developers averaged at 8.13 per cent during the first five months of 2019, a jump from 7.05 per cent in 2018, according to the CRIC report. The costs climbed to 9.80 per cent in May.

The consultancy said the proportion of offshore bond issuance in their total financing is set to rise in June and the average financing cost is expected to increase sharply.

“For developers, how to get funds to maintain their growth is their top priority,” CRIC said in the report. “In this context, they have to pay a higher cost to seek financing overseas.”

The CRIC report projected that the proportion of foreign debt issuance by developers and financing costs would continue rising. How to seek further breakthroughs in financing channels and effectively reduce leverage will be the main challenges Chinese developers face, the report said.