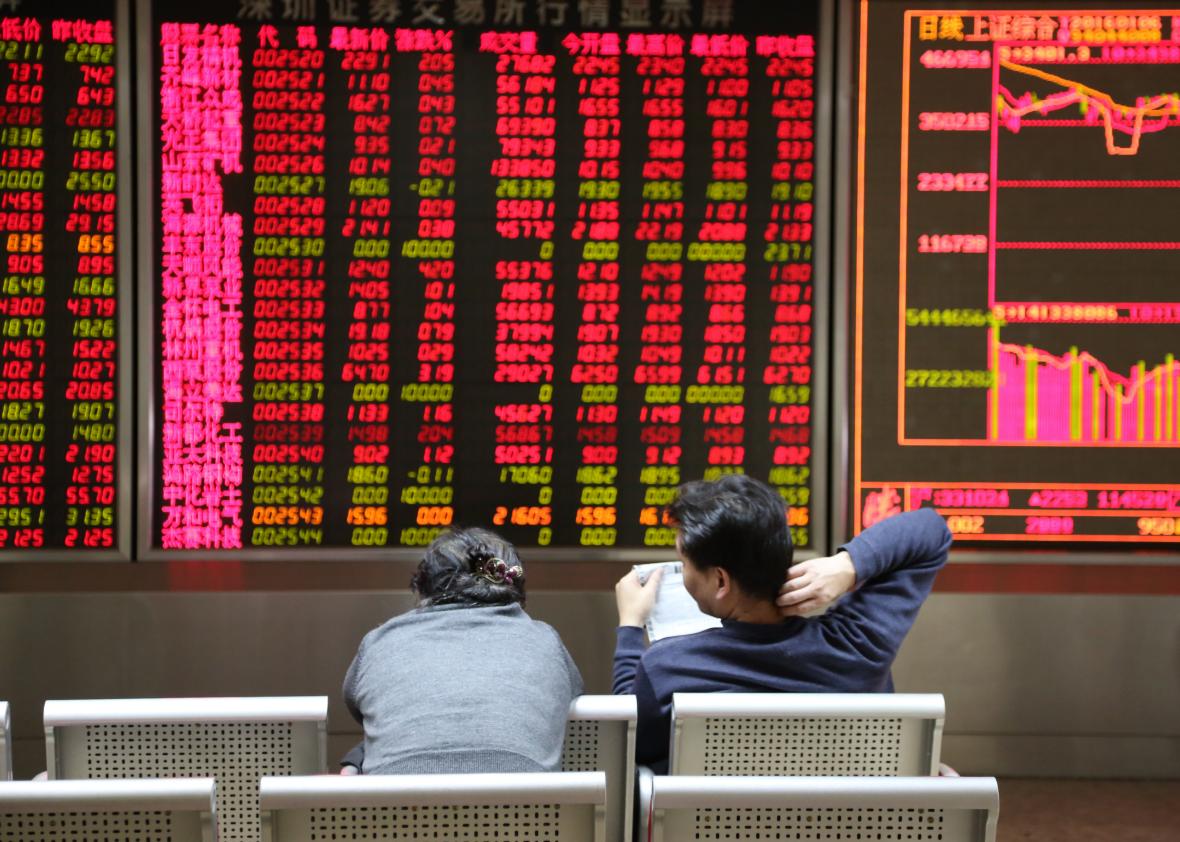 Pessimism still grasp the stock market in China and overseas investors are rushing away for the second day in a row.

The Shanghai Composite index edged up about 0.2 per cent to close at 2721 on Tuesday after slumping almost 4 per cent one day earlier.

The Chinext index, which tracks small-cap stocks, most in technology sectors, lost 0.6 per cent after dropping more than 1 per cent intraday to hit a new low in four years.

Net fund outflows through the stock link between Hong Kong and the mainland 2.732 billion yuan after 9.6 billion yuan flowing out on Monday, which was the second highest amount so far this year.

The weak performance comes in spite of the move by the People’s Bank of China (PBOC) to cut the amount of cash lenders must hold as reserves  by 1 percentage point on Sunday to release up to 750 billion additional liquidity.

However, the central bank’s move was obviously not enough to offset a barrage of negative news coming in during the week-long National Day holiday, including weak manufacturing data, a close call between a US and a Chinese destroyer, a North American trade deal that’s set to sideline China, accusations of election meddling from US Vice President Mike Pence and a Bloomberg News report that the country spied on US companies.

Comments are closed, but <a href="https://www.yuantalks.com/chinese-small-stocks-hit-four-year-low-overseas-funds-flowing-out-for-the-2nd-straight-day/trackback/" title="Trackback URL for this post">trackbacks</a> and pingbacks are open.