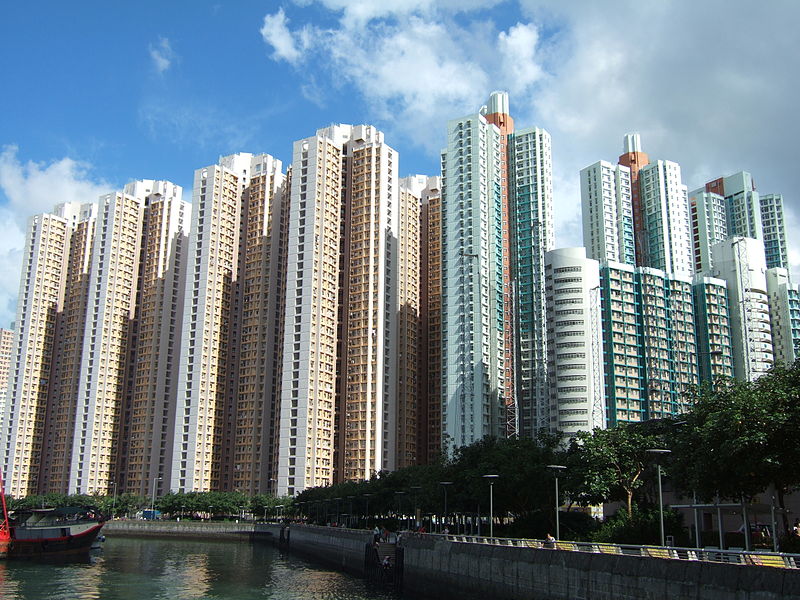 The Hong Kong government announced a package of measures Wednesday to address housing affordability and access issues that’s believe to have helped fuel the anger behind the ongoing protests.

The government plans to increase the amount first-time homebuyers can borrow for a mortgage under a government-backed insurance program, allowing first-time purchasers to borrow as much as 90 per cent of a property’s value up to a maximum of HK$8 million ($1 million), double the previous limit, according to a report released by Hong Kong’s Chief Executive Carrie Lam.

The cap on the value of properties eligible for mortgages of as much as 80 per cent will be raised to HK$10 million from HK$6 million, not limited to first-time homebuyers, according to the report.

The rally was led by Hong Kong property developers. New World Development, which donated 3 million square feet of farmland to the government and to charity for building public housing, advanced 3.9 per cent, the biggest rise among developers.

The gains among property stocks added an estimated US$3 billion to the combined fortunes of Hong Kong’s six wealthiest property tycoons, according to Bloomberg.

“The positive impact from these measures would translate to higher property transactions in both new and second-hand homes, as owners may upgrade their flats with better mortgage terms now made available by the government,” said Alvin Cheung, associate director at Prudential Brokerage.

The number of property transactions in Hong Kong tracked by the Land Registry fell more than 60 per cent in September from May, before the mass protests began in early June.

Morgan Stanley in August predicted a 10 per cent drop in an index of existing house prices through March next year from the peak in June.

The new policy means first-time buyers will be able to purchase more-expensive homes with a down payment of just 10 per cent. But it also raises concerns about potential rising credit risks and making housing less affordable.

Under current rules by the HKMC and the Hong Kong Monetary Authority (HKMA), the city’s de facto central bank, home buyers have to qualify under a maximum debt-to-income ratio. The monthly mortgage payment cannot exceed 50 per cent of the borrower’s household income. Borrowers also have to meet a stressed debt-to-income ratio requiring that no more than 60 per cent of income can be used for mortgage payments, assuming an increase of three percentage points in lending rates.

After the announcement of the housing package, the HKMA said it “does not consider it appropriate to relax the countercyclical macroprudential measures,” indicating the debt-to-income ratio requirement will remain the same.

Lam said in a press conference that the new measures mainly aim to provide more flexibility for those who can afford a house but have difficulty making a large down payment.

With more people now able to afford a down payment, but without an increase in the total housing supply, housing prices may rise, some industry participants said.

After the new policy announcement, some property companies already toughened their tone to potential buyers, with some even considering holding off sales to wait for price increases, said a property agent.

Hong Kong tourist arrivals and retail sales sank i... Hong Kong’s tourists arrivals and retail sales sank in July amid mass protests that have hurt consumer sentiment. July tourist arrivals fell 4.8 pe...
Hong Kong economy slips into recession for first t... Hong Kong slipped into a recession in the third quarter for the first times since the global financial crisis as the city was hit by months of anti-g...
Moody’s downgrades Hong Kong for ‘Inertia’ over pr... Moody’s Investors Service lowered Hong Kong’s rating as a long-term issuer of debt by one notch on Monday, just months after Fitch Ratings took a sim...
Hong Kong cut 2019 GDP growth forecast to near zer... Hong Kong government cut its economic growth forecast for this year to 0 to 1 per cent, citing strong economic headwinds and domestic mass p...
Hong Kong banks cut prime lending rate for first t... Hong Kong’s monetary authority cut its base lending rate by 25 basis points, matching the overnight cut of the same size by the US Federal Reserve an...