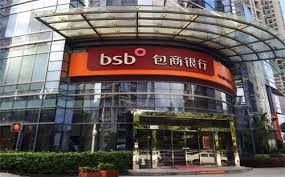 China’s Huishang Bank will take over four branches of the troubled Baoshang Bank under a government-led restructuring, first reported by Chinese media Caixin and Reuters and confirmed by Yuan Talks with industry insiders.

Huishang will take over Inner Mongolia-based lender Baoshang’s Beijing, Shenzhen, Chengdu and Ningbo branches in a new round of asset disposals, according to Reuters, part of Beijing’s efforts to lower financial from small lenders.

In a statement late Tuesday, Anhui-based Huishang Bank said it would invest up to 3.6 billion yuan ($518.56 million) to hold a stake of no more than 15 per cent in a new provincial commercial bank. The bank also said it will acquire some assets from other banks, but it didn’t provide details.

Baoshang Bank became the first high-profile case of China’s small bank crisis after financial regulators took control of the lender last May due to “serious” credit risks. The government bailout rattled domestic markets and prompted the central bank to inject cash into the banking system to prevent contagion risks.

Huishang Bank was one of the biggest creditors of Baoshang’s interbank debts, with an unidentified loss yet to be “repaid under current laws and regulations,” the bank said last August.

Baoshang had interbank transactions with more than 200 banks, among which Huishang Bank, Xiamen International Bank and Guizhou Rural Credit Union have the largest exposure.

Huishang Bank, an urban commercial bank in central China, had about 6 billion yuan ($854 million) of losses on interbank deposits at Baoshang, according to people close to Huishang.

As of the end of June, Huishang Bank had about 11.5 billion yuan of interbank deposits with peers including Baoshang, while it had an impairment provision of only 345 million yuan for any losses on those assets, according to the bank’s financial report.

The bank’s executives said in August that it received a payment guarantee from regulators and that Baoshang has had only a limited impact on the bank’s operations.

When the People’s Bank of China and the China Banking and Insurance Regulatory Commission took over Baoshang Bank in May, citing “severe credit risk,” the regulators guaranteed that all of Baoshang’s corporate deposits and interbank debts up to 50 million yuan would be honored, and at least 70 per cent of interbank deposits exceeding 50 million yuan held by Baoshang would be guaranteed.

Baoshang was partly owned by Chinese financial group Tomorrow Holdings, the conglomerate controlled by tycoon Xiao Jianhua, who is reportedly under investigation for graft.

The regional bank helped Tomorrow Holdings put together at least 150 billion yuan of funding through shadowy practices, including loans packaged as wealth management products, and interbank lending, according to industry insiders.