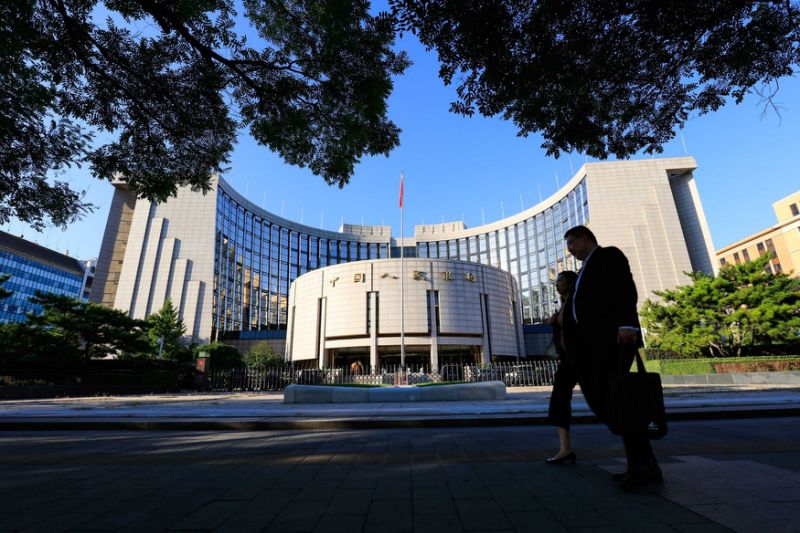 China’s central bank rolled over some of the targeted funds due on Friday while cutting interest rates on the loans, its latest move to ensure sufficient liquidity and support the struggling economy.

The People’s Bank of China (PBOC) injected 56.1 billion yuan ($7.9 billion) into the banking system via the targeted medium-term lending facility (TMLF), as 267.4 billion yuan of the debt comes due.

The funding was offered at an interest rate of 2.95 per cent, lowered from the 3.15 per cent of the previous operation in January. The cut has been expected after the PBOC reduced rates on one-year MLF to a record low.

The central bank skipped open market operations for a 17th consecutive day, according to a statement.

The yield on 10-year government bonds extended declines to hit 2.46 per cent after the announcement, the lowest level since 2002. The 10-year treasury futures gained 0.32 per cent by mid morning to an all-time high.

China has greatly stepped up easing efforts since the coronavirus outbreak which has caused massive business disruption and lead to the world’s second-largest economy posting its first quarterly contraction for the first time on record.

“The size of the offering shrunk quite a bit,” said Becky Liu, head of China macro strategy at Standard Chartered Bank in Hong Kong.

“The role of TMLF as a low-cost alternative to MLF is diminishing, as there are various measures providing cheaper funding already,” said Frances Cheung, head of Asia macro strategy at Westpac in Singapore.

MLF, one of the main tools of the central bank in flexibly managing longer-term liquidity in the banking system, is loosely pegged to the lending benchmark loan prime rate (LPR).

TMLF, a liquidity tool introduced by the PBOC in December 2018 and deployed in January last year, is targeted at directly funding parts of the economy that are still struggling.

China has cut the interest rate on one-year MLF twice this year to the lowest on record, guiding the LPR lower for the broad economy given that most new and outstanding loans are now priced against the LPR.

The PBOC’s relending and rediscounting tools are “more attractive to many of the small banks” now as they offer funding at cheaper levels than the TMLF has, according to Xing Zhaopeng, a market economist at ANZ Bank China in Shanghai.

Though analysts expect a stimulus package carrying more proactive monetary and fiscal measures soon to shore up the economy, many believe the authorities would prefer targeted measures for the time being and refrain from resorting to a flood-like stimulus.

Julian Evans-Pritchard, senior China economist at Capital Economics, said the PBOC might not seek to push down interbank rates any further, as they are already near record lows.

“But with the economy struggling to get back on track and external headwinds intensifying, we still anticipate additional easing measures in the coming months,” he said in client note.

PBOC resumes cash injection via reverse repo opera... China’s central bank on Tuesday resumed cash injection via seven-day reverse repos after skipping the operation for almost two months. The People’...
PBOC cut MLF rate to support economy, reference le... China’s central bank cut the interest rate on its medium-term lending on Monday as authorities sought to ease the impacts on the businesses from a co...
PBOC set up department to eliminate financial risk... China’s central bank has set up a department to oversee and eliminate financial risks, as part of its restructuring of departments and personnel, furt...
“Grey Rhino” risk to resurface next ye... The “grey rhino” financial risks facing China could resurface next year as the country seeks to deal with growing uncertainty in the global economy an...
China pledged to cut banks’ reserve requirem... China's State Council pledged both broad and targeted cuts in the reserve requirement ratio (RRR) for banks “in a timely manner” to boost the slowing ...

Comments are closed, but <a href="https://www.yuantalks.com/pboc-cut-rate-on-targeted-mlf-loans-by-20-bp-in-latest-move-to-step-up-support-to-economy/trackback/" title="Trackback URL for this post">trackbacks</a> and pingbacks are open.