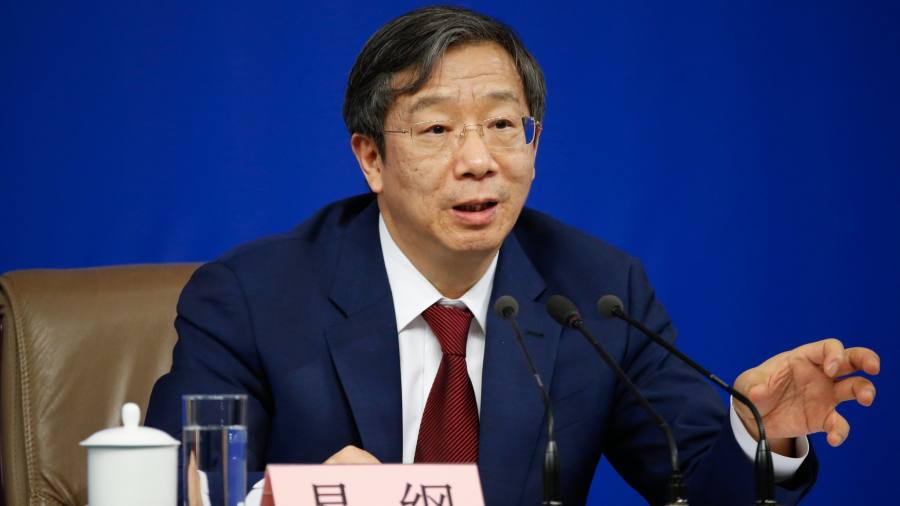 China’s debt level has stabilised and China’s 2018 growth target can be achieved, said the People’s Bank of China (PBOC) Governor Yi Gang in an interview with Chinese news media Caixin.

“We have talked about deleveraging for years and now, debt levels have stabilised, which is a significant change, ” said Yi.

China’s overall leverage has stabilised, leverage ratios of the state-owned enterprises have been on the decline and local government debts have come under control, “all of which indicate that China has enter a phase of high-quality development,” said Yi.

The Chinese central bank will focus on the domestic economy when setting its monetary policy, he said.

The yuan has weakened by 9 per cent against the dollar in the past six months and is approaching a key support level of 7 per dollar. The US Federal Reserve has raised interest rates three times in 2018 so far, with another rate hike expected by the end of the year.

In addition, Yi said the target for this year’s annual economic growth, set by the government at the beginning of 2018, can be achieved, said Yi.

In March, China set a target of “around 6.5 per cent” growth for 2018, but key economic indicators including infrastructure investment, hit record lows amid the country’s efforts to curb debt growth and cut down on financial risks.

On Tuesday, the IMF loweredits 2019 growth projection for China to 6.2 per cent from previous 6.4 per cent, although it kept its forecast for 2018’s growth unchanged at 6.6 per cent.

China to fine-tune monetary policy as economy reco... China should fine-tune monetary policy in a pre-emptive way based on economic growth and price changes, reported the state-run Xinhua News Agency on M...
China to set 2020 local government bond quota earl... Chinese authority calls for an acceleration of the issuance of special bonds by local governments and will front-load 2020 local government bond quota...
China aims to build Greater Bay Area world first-c... The State Council, China's cabinet, on Monday unveiled an ambitious plan for developing a "Greater Bay Area" around the Pearl River Delta, in a bid to...
Factory deflation gets closer, more and more call ... (The article has 720 words) China’s producer inflation decelerated sharply in the last month of 2018 to hit the lowest growth in two years, bringing ...
China’s consumer debts continued to grow rap... China’s household debts continued to grow rapidly in 2018 as consumers kept on the borrowing binge, which brought the leverage ratio in the sector, o...

Comments are closed, but <a href="https://www.yuantalks.com/pboc-governor-yi-gang-says-china-debt-level-stabilised-2018-gdp-target-can-be-achieved/trackback/" title="Trackback URL for this post">trackbacks</a> and pingbacks are open.