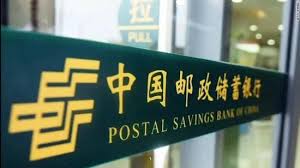 Postal Savings Bank to raise up to $4.67 billion in China’s biggest IPO since 2015

Postal Savings Bank of China, one of China’s largest state-owned lenders, is hoping to raise up to 32.71 billion yuan ($4.67 billion) through an initial public offering (IPO) in Shanghai in the largest mainland IPO in four years.

The Beijing-based bank, which is already listed in Hong Kong, is selling up to 5.95 billion A shares at 5.5 yuan a share, according to the filings with the Hong Kong and Shanghai stock exchanges.

If the bank fully exercises an over-allotment option of up to 776 million shares, the fundraising size may reach as much as 32.7 billion yuan, surpassing Guotai Junan Securities Co.’s 30 billion yuan offering in 2015.

That would be the world’s third-largest listing this year behind Uber Technologies Inc.’s $8.1 billion share sale in May and Budweiser Brewing Co.’s $5.8 billion IPO in Hong Kong in September.

Set up in 2007, PSBC built its business on a massive client base in China’s rural areas thanks to its parent state-owned China Post Group Corp, which operates postal services.

The lend has more than 40,000 outlets nationwide and over 550 million retail customers. By end-June, PSBC had a total 39,700 branches, 48 per cent of which are located in rural counties and villages. It had some 9.17 trillion yuan savings on book by the end of September, accounting for 96 per cent of the bank’s total liabilities.

Its Hong Kong-listed shares have gained 25 per cent in this year. The A-share offer price represents a premium of about 19 per cent to Wednesday’s close of HK$5.16 in Hong Kong.

PSBC’s bad loan ratio was 0.83 per cent by the end of the third quarter, well below the average of 1.81 per cent for the sector, as the lender didn’t start its corporate lending business until 2009.

Chinese banks have been in a rush to boost capital, mostly through bond sales, to beef up financial strength as they grapple with rising bad debt. Policymakers have also called on lenders to help revive its economic growth and increase loans to China’s cash-starved private sector, which would see them take on more risk.

Subscription was postponed to Nov. 28, from the original date of Thursday. China requires companies that price their shares above industry average to file risk warnings to investors for three weeks.

China releases final rules for onshore spin-off li... Chinese securities regulator unveiled rules for publicly-traded companies to spin off subsidiaries for domestic initial public offerings, in a move t...
Chinese regulators close loophole in relaxed refin... Many Chinese companies have said they could change plans to issue shares in private placement after the securities regulator tightened a rule in the ...
Local governments including Beijing step in to bai... Chinese stock selloff intensifies on Thursday and the benchmark Shanghai Composite broke through the critical psychological line of 2500 to hit a new ...
Chinext trading volume more than double 2015 peak Chinese stocks market has gone from the worst last year to the best now and the Nasdaq-stlye Chinext board in Shenzhen has led the charge with a more ...
Top securities regulator made first public appeara... China’s new top securities regulator pledged efforts to make China's capital market "fully play its role" and unveiled more details about the new tech...

Comments are closed, but <a href="https://www.yuantalks.com/postal-savings-bank-to-raise-up-to-4-67-billion-in-chinas-biggest-ipo-since-2015/trackback/" title="Trackback URL for this post">trackbacks</a> and pingbacks are open.