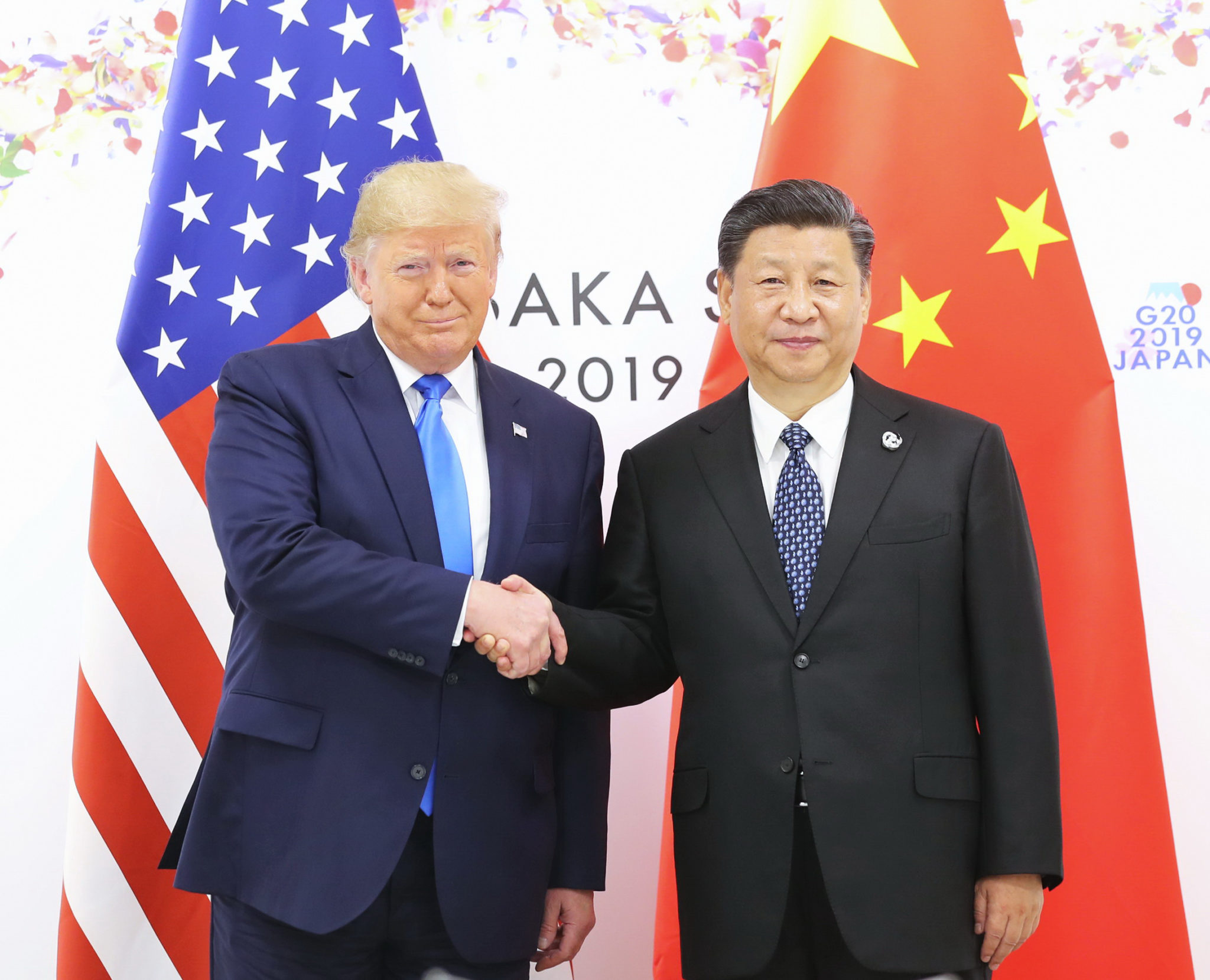 eChinese President Xi Jinping and US President Donald Trump agreed to restart economic and trade consultations between the two countries on the basis of equality and mutual respect, according to China’s state news agency Xinhua.

The US side said it will not add new tariffs on Chinese exports and the two countries’ economic and trade negotiating teams will discuss specific issues.

The two leaders had a 80-minute meeting on the sideline of the G20 summit in the Japanese city of Osaka.

At the beginning of their meeting, Xi said that despite the great changes that have taken place in the international situation and China-U.S. relations during the past 40 years, “one basic fact remains unchanged: China and the United States both benefit from cooperation and lose in confrontation.”

“Cooperation and dialogue are better than friction and confrontation,” Xi told Trump.

Trump told reporters he had an excellent meeting with Xi and talks were “back on track”.

“We had a very good meeting with President Xi of China, excellent, I would say excellent, as good as it was going to be,” Trump said. “We discussed a lot of things and we’re right back on track and we’ll see what happens.”

China didn’t cancel US farm trip due to trad... China did not cancel planned visits to US farms because of challenges in trade negotiations, said the country’s senior agricultural representative in ...
Trump announces phase-one trade deal, China hails ... US President Donald Trump said on Friday his trade negotiators have reached a “ phase-one deal” that will delay the implementation of more US tariffs...
Chinese Vice Premier Liu He will head to US for ne... Chinese Vice Premier Liu He and top trade negotiator will be traveling to Washington for the next round of trade talks with the United States on Oct.1...
China, US agreed to roll back tariffs in phases &#... China and the United States have agreed to proportionally roll back tariffs on each other’s goods in phases, a Ministry of Commerce spokesman said, w...
China, US reached consensus on addressing relevant... Lead trade negotiators from China and the United States held a phone call on Tuesday morning, said China’s Commerce Ministry, as the world's two larg...