Skip to content
China has formulated a comprehensive action plan to support the struggling real estate sector as Beijing steps up the effort to boost the country’s economic growth, the official Xinhua News Agency reported on Friday.

China has formulated a comprehensive action plan to support the struggling real estate sector as Beijing steps up the effort to boost the country’s economic growth, the official Xinhua News Agency reported on Friday.

Top financial regulators have drafted a package of 21 major tasks aimed at ease a cash crunch for “quality property developers”, according to Xinhua.

The authority pledged to accelerate the lending of previously announced 150 billion yuan aimed for ensuring home deliveries, set up an additional 200 billion yuan special fund for the purpose, and also roll out a 100 billion yuan support plan for rental housing loans, the report said.

Financial institutions and property developers are encouraged to have negotiations about “reasonable debt extension”, it added.

“The move is aimed at bringing quality property developers’ balance sheets back to a safe range and help smooth transition of the industry to a new development model,” Xinhua said.

China will reasonably extend the grace period for the “collective management system for real estate loans” and improve the “Three Red Lines” policy introduced for 30 developers in a pilot scheme improving some parameters while maintaining the basic framework unchanged, it said.

The report didn’t specify the criteria of “quality developers, but describing developers that have a relatively large size, projects scattered in different regions and “systemic importance”.

The “three red lines” policy, rolled out in August 2021, restricts the amount of new borrowing property developers can raise each year placing caps on their debt ratios. It is seen as a major force that helped push many Chinese developers off the cliff.

The new work plan comes after the central government emphatically stepped in to support beleaguered developers in an attempt to arrest the market’s free fall, signalling a policy shift to save the bruised sector.

The People’s Bank of China said on Friday that the average new mortgage rate in December was 4.26%, 1.37 basis point lower than that in last year, hitting the lowest level since 2008.

Earlier in January, the PBOC said if prices for newly-built homes drop for three consecutive months in a year, local authorities can choose to maintain, lower or even eliminate minimum interest rates on loans for a first home.

China’s property market, one of the country’s most important sectors, supporting its rapid economic growth, has been rattled slumping home prices, weak sales and a crippling debt crisis among major developers. 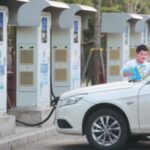 2023-02-06
China, Australia trade officials had talks for first time since 2019, aiming to bring bilateral ties back on track 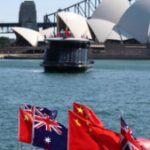 China, Australia trade officials had talks for first time since 2019, aiming to bring bilateral ties back on track