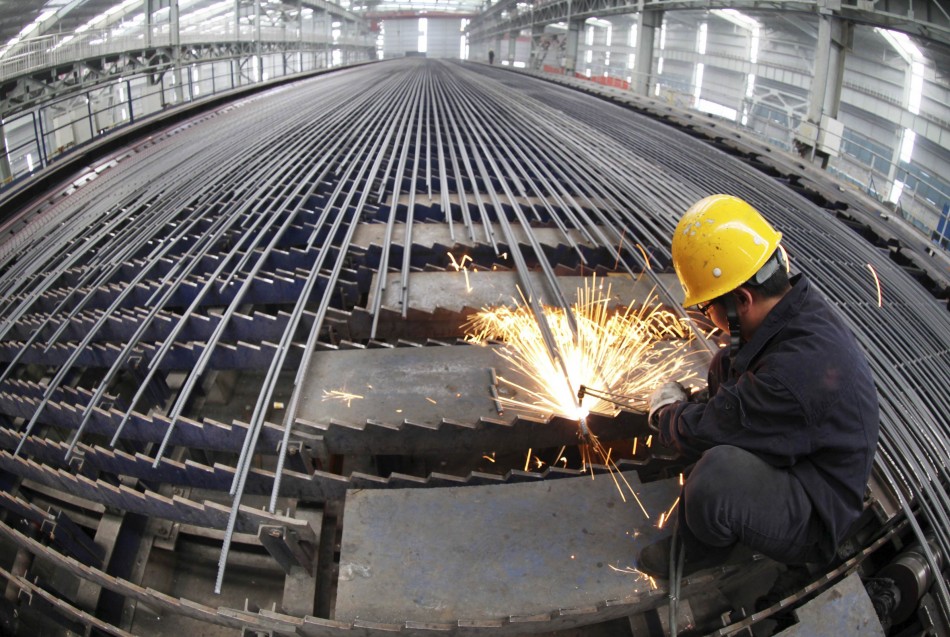 China’s economy activity continued to expanded in December supported by export demand, although higher labour and transport costs slowed the pace of growth.

The official manufacturing purchasing managers’ index (PMI) fell to 51.9 in December from 52.1 in the previous month, according to data released by the National Bureau of Statistics (NBS) on Thursday. The reading was below the median prediction of 52 in a poll of analysts by Bloomberg.

A reading above 50 indicates growth in sector activity, while a reading below represents contraction.

“In December, the Chinese economy continued to consolidate its recovery trend. Although the manufacturing, non-manufacturing and composite PMIs were all lower than the previous month by 0.2, 0.7 and 0.6 percentage points, they all remained at a relatively high level during the year, remaining above the 50 mark for the 10th consecutive month,” said Zhao Qinghe, a senior statistician at NBS.

“The pace of recovery in the manufacturing sector accelerated in the fourth quarter. Although the December manufacturing PMI dropped slightly, it was still only 0.2 percentage points lower than the year’s high in November. The overall manufacturing sector maintained a steady recovery, with the pace at a relatively high level for the year.”

Some analysts say that seasonal factors, including power blackouts across the country, likely contributed to the decline in the December data, but the drop may also indicate that Chinese growth is starting to plateau.

Sentiment could fall further in the coming months, particularly given the impact of the Lunar New Year holiday in mid-February, they added.

Zhou Hao, a senior economist with Commerzbank, said China’s economic recovery had roughly entered a plateauing period, and the slight PMI drop in December might be related to the power blackouts, which have forced many companies to reduce production.

“From the perspective of momentum, the economy probably has peaked and is gradually declining,” Zhou said, “but economic vitality is still quite high.”

He also expects PMI to decline further in the coming months. “We also need to count on seasonal factors influencing economic activities, like the Spring Festival and so on,” he said.

Within the official manufacturing PMI, the subindex for overall new orders eased to 53.6 from 53.9 a month earlier, with new export orders slipping to 51.3 in December from previous 51.5. The gauge for production fell to 54.2 from 54.7. The employment sub-index rose to 49.6 from 49.5.

Within the PMI for small manufacturers, the sub-indexes for raw material cost, logistics cost and labor cost increased by 5 ppt, 4.6 ppt and 1.5 ppt, respectively, indicating small companies’ operating cost increased which led to a profit squeeze, said the NBS.

Within the non-manufacturing PMI, the subindex for the construction sector rose to 60.7 in December from 60.5 in November, while the service sector business activities index fell to 54.8 from 55.7.

Nomura said the easing service sector sentiment is attributable to “sporadic Covid-19 outbreaks” which “forced some local governments to tighten some social-distancing requirements,” warning that the Covid-19 risks to the economy would rise during the Lunar New Year holiday period – February 11-17.

“As the Lunar New Year holidays are approaching, and migrant workers will start to return to their hometowns in late January, the risk of Covid-19 contagion will increase in early 2021; if this materialises, it could constrain the pace of the domestic recovery, despite continued policy support,” said Nomura.

Details of the manufacturing and non-manufacturing data showed a broad, though modest, decline in sentiment, as well as continued job cuts.

China’s overall economy has bounced back strongly from the impact of the pandemic after a record 6.8 per cent contraction in the first three months of the year.

China’s GDP grew by 4.9 per cent in the third quarter compared with a year earlier, and China is expected to be the only Group of 20 nation to see positive growth in 2020 due to its better-than-expected recovery, which has been fuelled largely by state-led infrastructure investment and a property boom.China is due to release fourth quarter and 2020 GDP data on January 18. On Wednesday, the NBS announced that it had trimmed the country’s 2019 growth rate to 6.0 per cent from 6.1 per cent as part of its annual data-revision exercise.