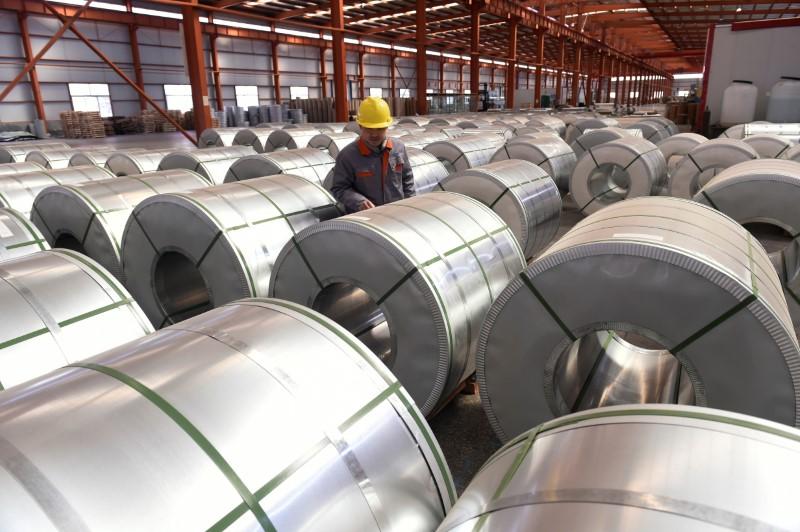 Aluminium has become one of the best-performing metals so far this year driven by robust demand and short supply caused by production curbs amid China’s so-called “dual controls” on energy consumption and energy intensity to help achieve its carbon-neutrality target.

Shares of Chinese aluminium producers staged a strong rally on the day, with a gauge tracking mainland-listed companies jumping more than 4 per cent, compared to a 0.33 per cent gain for the benchmark Shanghai Composite Index.

Shares of Aluminium Corporation of China, the largest producer of the metal in the country, surged by the daily limit of 10 per cent in Shanghai and its Hong Kong-listed shares jumped by 8.1 per cent at the close of the session.

“Power shortages and environmental measures are restricting output in China. Political unrest in Guinea is also threatening to delay the huge pipeline of new bauxite projects that feed aluminium smelters in China,” ANZ analysts said in a note.

A coup attempt in Guinea, which holds the largest reserve of bauxite – the raw material for aluminium – has heightened fears of supply constraint. China, the world biggest’s producer of aluminium, sources around 50 per cent of its bauxite from Guinea.

China has pledged to bring down its carbon emission to a peak by 2030 and reach carbon neutrality by 2060 and is laying out stricter rules for companies and provinces to help achieve those goals.

But nine provinces and regions, including Guangdong, Guangxi, Yunnan and Jiangsu, increased their energy consumption on an annual basis in the first half of the year, the National Development and Reform Commission (NDRC), the top economic planner, said last month.

China’s primary aluminium industry is one of the major power consumers, known colloquially as “electricity-eating tiger” and accounting for 6.7 per cent of the nation’s total electricity consumption in 2020.

Yunnan, as one of the nine regions, has told “green” aluminium smelters – those using the province’s hydropower as their electricity source – to keep average monthly output for September-December at August volumes or lower, a government document shows on Monday.

As of August, Yunnan aluminium smelters had already shut down nearly 1 million tonnes of annual capacity due to power curbs, state-backed research house Antaike said earlier this month. The restrictions began in May as the province was hit by a drought that cut its hydropower output. Yunnan is home to around 10 per cent of China’s aluminium capacity.

According to Kunming Power Exchange Center, the province’s power-consuming industries’ operating rate was only 56.41 per cent in August, down 14.33 percentage points from the same period last year.

The operating rate for electrolytic aluminium industry was 70.57 per cent last month, slumping 25 percentage points from a year earlier, showed the data.

ANZ estimated that more than one million tonnes of aluminium output have been disrupted in China this year.

“China’s aluminium pig inventories have dropped to about 750,000 tonnes, the lowest level for the same period of year in five years and the tightness in the market is expected to last for five years,” said Shen.

China’s policy for “dual controls” on energy consumption and energy intensity has been stepping up and increasing restrictions on power use by aluminium producers have exacerbated the shortage in aluminium supply, while the demand side has maintain stable, said Gu Fengda, analyst at Guosen Securities.

Due to tight domestic supply, China’s aluminium imports have been rising. In the first seven months of the year, China imported about 926,000 tonnes of raw aluminium, 2.7 times the amount in the same period last year and analysts say the new level could be a new normal in the future.

“Supply will likely increase due to more supply from overseas suppliers, but in the short term, surging demand will continue to support aluminium prices,” said Li He, research director at Shanghai-based Yude Capital.